THE CURRENT ‘BEST AT SEA’ AWARDS BY CATEGORY

TIRED OF HAVING YOUR CRUISE INTELLIGENCE INSULTED? WHY BELIEVE US

FOR CRUISE VIRGINS ONLY

CLIENT AND MEDIA COMMENTS ABOUT US

JOIN OUR STAFF ON OUR ANNUAL PERSONALLY ESCORTED SIGNATURE CRUISE

A Warm Welcome:  This is a site for sophisticated travelers who are tired of having their intelligence insulted by cruise hype, silly ads, phony come-on pricing offers, and tainted reviews by self-anointed “critics”. 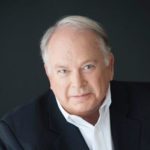 Richard is a graduate of an American Indian College with a major in History. He received an MBA in International Relations before pursuing a Doctoral program in Political Science at the University of Maryland. He has been a soda jerk, a nightclub bouncer, a stand-up comedian, a college instructor in Political Science, a teacher, the Founder and Headmaster of an American School in Tuscany, a syndicated travel and food columnist, host of a travel talk cable TV series that ran for fourteen years, a cruise line executive during the Love Boat years, author of three books on Travel and Restaurants, and a syndicated restaurant reviewer. He is currently the Senior Contributing Editor at Travel Weekly, the industry’s most respected travel industry publication. Richard and his wife Angela launched a new type of vacation planning firm, Churchill & Turen Ltd., in 1987. Since its launch, Churchill & Turen has won more “World’s Best Travel Specialists” Awards than any other travel firm in the United States. The Turen’s have been named “Top Worldwide Producers” for the $26 Billion Virtuoso Luxury Travel Group three times. They currently have clients in 48 states and seven countries who utilize their services to plan upscale cruise and tour vacations worldwide. Last year, 91% of their services were offered on a complimentary basis. There are currently five web sites in the C&T Media Group/ All offer ad-free-hype free content that is unavailable elsewhere. The C&T Media Group accepts no financial support for any of its content. Churchill & Turen does not employ travel agents, outside sales agents, or commissioned salespeople. The firm’s award-winning Concierge Team includes extremely talented salaried employees whose only job is assisting guests to achieve the best possible cruise vacation outcomes.