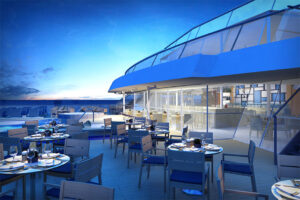 Q – Great site but you should be talking more about Viking Cruises – they are terrific. Best value out there unless you are a heavy premium brands drinker and a sightseer who must have an, “oh so private” driver” instead of a bus. We’ll spend money when we cruise but we like to know what the deal is. Viking often makes you pay in full to get their best rates – is this legit? We’ve been doing it but when we look at competitors we notice no one else is following this practice. But we do see that lines like Regent and Crystal feature early payment plans that seem to come in at around 10% savings. So for the uninitiated, what’s the real deal on these early bookings deals. Always go for it or only when it results in spectacular savings? Keep up the good work.

A –  Most of the early payment deals on the Top Ten Cruise Lines involve savings of from 10-15% with 10% being the norm. You have to imagine your savings and whether or not you will be making 10% on the money the cruise line is seeking. Normally, the answer is no, interest rates are not that high. So for the majority of our guests, we prefer the early payment in full option.

Viking has come up with a new, rather successful wrinkle. For years, they have convinced their guests that their “offers” can only be realized if the guest pays far in advance, often at the time or near the time of booking. If a guest makes a deposit, per usual, amenities such as free air, or included drinks or gratuities may not be available. It has been our experience that the payment in full concept with Viking generally results in savings that surpass 10% so it is often an attractive deal. It is also a win-win as Viking gets their money in full long before any of their more traditional competitors. Viking will, shortly, become the world’s largest “luxury” cruise line by tonnage. They have not achieved this by being naive about money.

Unless you’ve got a better broker than we do, earning an additional 10% or more on your money beats the bank rate every time. But we wouldn’t suggest selling your Amazon or Tesla in order to make early payment.