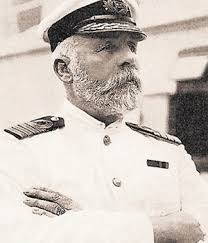 Q – At this point, is it safe to assume that Genting, Crystal’s owner, is seeking a buyer for the line? And if that is so, who might the likely buyer be?

Could Viking be a player? Ritz Carlton?

A – Thank you for your warm and gracious correspondence. Genting is looking for financial backing and or loan guarantees. There is little evidence they wish to drop Crystal from their cruise line portfolio which includes casinos and several cruise lines including Dream Cruises. Given the pandemic, each of the lines you have listed has its own rather serious debt issues and when the good times return for the industry they will be carrying significantly more debt than they were when the pandemic started in Guam, or wherever it really started.

We do not believe that Genting wants to dump Crystal given its past returns and incredible future. The line continues to win “Best Cruise Line” awards from a whole host of publications and online sources. Bookings goi8ng forward are stronger than one might imagine. We believe that Crystal has the financial strength to make it until June when hopefully Alaska and Europe sailings will be fully cleared for take-off by the CVDC and local authorities. But if the ships are tied up into the fall, we think the pressures might be unbearable. Even now, refunds due to guests are not being paid. We are not comfortable speculating about a possible buyer except to make three general points:

Genting is sailing now in Asia and does have some money coming in plus owners with rather deep pockets. Let’s not count them out yet.

Ritz Carlton Yachts have been unable to launch and they will have two new ships, the debt associated with two new ships unable to sail, and high per diems. We are not at all certain they would be a candidate. Viking owns the largest fleet of riverboats in the world, 67 at last count as well as a major luxury cruise line with all-new vessels. It does not look like they are in a position to purchase another brand.

The three major cruise lines in the US could be possible suitors but, initially, we see a likely buyer as a major investment fund rather than a household existing cruise brand.