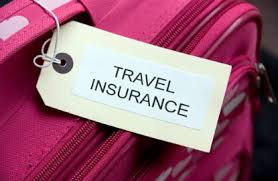 Cruisers who book a trip with Crystal Cruises in the coming months may have trouble getting travel insurance that would cover a collapse of the line now that its parent company has stopped making payments to creditors.

“We have heard back from some of the travel insurance companies that we work with, and they are considering this to be a foreseen event now that (the financial trouble) has been publicly announced,”

“As Crystal Cruises’ parent company has announced they are having financial difficulties, some travel insurance providers consider it to be a foreseen event and have excluded it from coverage,” Barto told The Points Guy.

Crystal Cruises parent company Genting Hong Kong last week said it had stopped making payments to creditors as it contended with a sharp loss of revenue due to the coronavirus crisis. The company has begun negotiations with its creditors to restructure its debt, which stood at nearly $3.4 billion at the end of July.

Genting Hong Kong is the parent company of Crystal Cruises as well as two Asia-based cruise lines: Dream Cruises and Star Cruises. It also owns the Werften shipyard in Germany, where the first expedition ship for Crystal Cruises currently is under construction. In addition, it’s a joint venture partner in Resorts World Manila in the Philippines.

Financial default coverage typically covers airlines, cruise lines and tour companies. It typically only reimburses in-full if a policyholder is unable to make alternate arrangements to continue with travel plans.

“This benefit is designed to reimburse a traveler’s prepaid and nonrefundable trip costs if they have to cancel their trip because of a complete suspension of operations by their travel supplier due to financial circumstances,” Barto explains.

But the coverage only kicks in if the financial circumstances that led to the suspension of operations were unknown at the time the policy was bought.

“In order for the financial default benefit to apply, a policy must have been purchased before the business was impacted or financial issues became known, so coverage may be limited if a travel supplier has already declared financial hardship,” Barto said.

Financial default coverage typically covers airlines, cruise lines and tour companies. It typically only reimburses in-full if a policyholder is unable to make alternate arrangements to continue with travel plans.

“If travelers are specifically looking for coverage for Crystal Cruises, they should contact their travel insurance provider directly to confirm coverage is still available,” she said.

Barto also noted that financial default coverage typically only is valid if a travel insurance policy is bought within 10 to 21 days of the original trip booking. You can’t wait until just before you travel to add such coverage.

The financial default benefit also is typically subject to a waiting period, often 10 to 14 days after policy purchase, before the coverage goes into effect.

Crystal Cruises has tried to assuage customer fears about its viability in recent days with a statement saying it isn’t on the brink of shutting down.

“It is important to understand that the company is not going out of business,” the Miami-based line said on Thursday in the statement. ‘Whatever option our parent company pursues, it will allow Crystal to operate its business.”